PRODUCTION WEEK -
this week we build the edition for Feb. 6
Monday - Wednesday 10am - 3pm 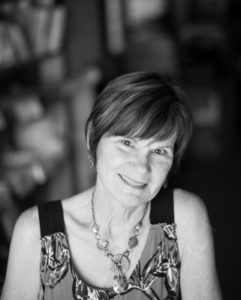 Patty (Wenger) Axenroth came to Kaslo in the mid-seventies from California. She loved Kaslo and needed to find a way to support herself here. She says “my Dad came up to visit me and we brainstormed things I could do. My dad had two ideas HE really liked. #1 was to start a penny saver – everyone likes classifieds.#2 – the other was to rent a storefront downtown and make pies in the window. These pies he said would sell like hotcakes.
“Well I was not a pie maker and definitely did not want to do it in the window on Main Street. So my dad showed me how to do a paste-up and the ins and outs of rubber cement. Then he returned to California.

“My saving grace was I couldn’t see why this wouldn’t work! For the first edition, I went to the Village to get a free ad about it being the Year of the Woman. I went to Jones Boys Boats and Terry Jones took an ad. I see by my records that I grossed $79.00. I was hooked!”

The early editions of Pennywise were created with a manual typewriter, and freehand pen and ink drawings and text. Later Patty bought a Compugraphic typesetter.

In 1983, expecting her first baby, Patty decided it was time to separate home from work, and moved the Pennywise to the 1896 Building on Front Street. In 1988 Pennywise acquired its first Apple computer and George McCuaig came in once a week to teach us how to use it. Within a few years, when we were ready to switch entirely to the Macs, we couldn’t even give the Compugraphic away.

By 1991, the paper was thriving and the 1896 Building was becoming much too small, so Pennywise moved to the current location at the corner of 4th Street and A Avenue. We were sure we would never fill up this space, but we have.

Manage Cookie Consent
To provide the best experiences, we use technologies like cookies to store and/or access device information. Consenting to these technologies will allow us to process data such as browsing behavior or unique IDs on this site. Not consenting or withdrawing consent, may adversely affect certain features and functions.
Manage options Manage services Manage vendors Read more about these purposes
View preferences
{title} {title} {title}